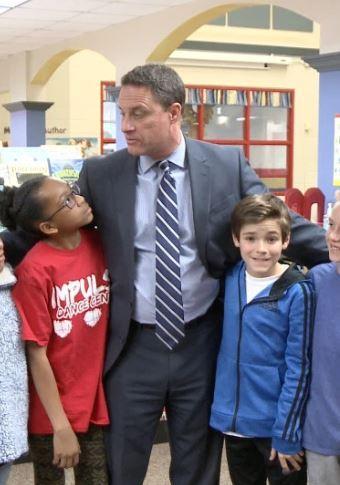 Former Madison City Schools Superintendent, Robby Parker, has accepted the position of Upper School Principal at the Academy. Mr. Parker retires today, Feb. 28, after 3 years as superintendent. He will begin at the Academy on April 6th.
Mr. Parker has a 31 year record in Madison City Schools, beginning as a history teacher and coach at Bob Jones High School. He later spent 15 years as assistant principal and principal at Bob Jones and as a principal at Discovery Middle School. He moved to the Madison City Schools Central Office in 2015 to be assistant superintendent and in 2017 became superintendent.
By his own testimony, Mr. Parker missed being with students every day in his superintendent role. His desire after retirement was to get back to his first love – being with students every day. He feels he has found his home at the Academy.
Mr. Parker played baseball at Wallace State and at Samford University, both on scholarship. He has a Bachelor’s of Science in Education from Samford and a Masters in Administration from UNA. He also graduated from the University of Alabama’s Superintendent’s Academy. He is a man of integrity and very relational toward students, faculty, and parents. He is an athlete (currently a triathlete) and a strong believer in Christ. We welcome Mr. Parker and his wife, Anita, to the Warrior Family.